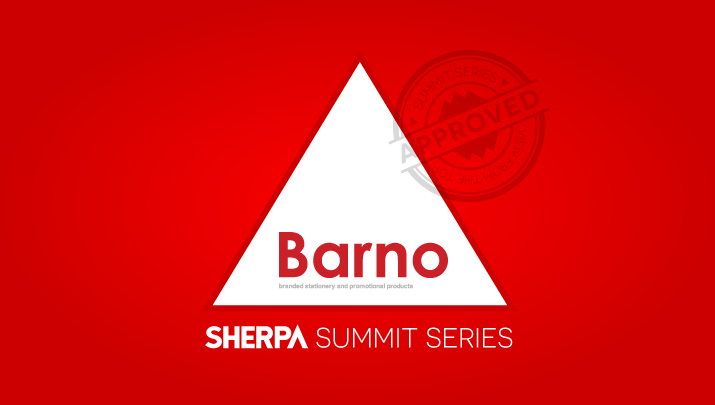 Barno has been a dominant manufacturer in the South African promotions sector for over six decades and shows no sign of slowing down, having recently opened an office in Australia.

The essence of the Barno brand is its people. Some years back, Barno empowered its factory team through shareholding and it is small wonder that, with this level of commitment, achieving tough deadlines and product excellence are hallmarks of Barno.

Sherpa CEO Gary Hendrickse says that Barno is also an ideal example of a company embracing change and evolving.

“The first decade of 2000 was characterised by three potential game-enders for Barno. The recession, core products becoming obsolete through new technology and the flood of cheap imports from the East. Barno MD Herman Fourie and his Barno-bees made brave decisions. Despite the recession, they invested in technology that catapulted them to the cutting edge of their industry, leading to new product development. Importantly, notwithstanding the challenge from the East, they never gave up their position as a premium brand. Rather, their clients had to choose between quality and cheaper, mass produced products. It’s worth noting that South Africa’s top brands remain Barno clients today,” says Gary.

Find out more about this remarkable South African company.