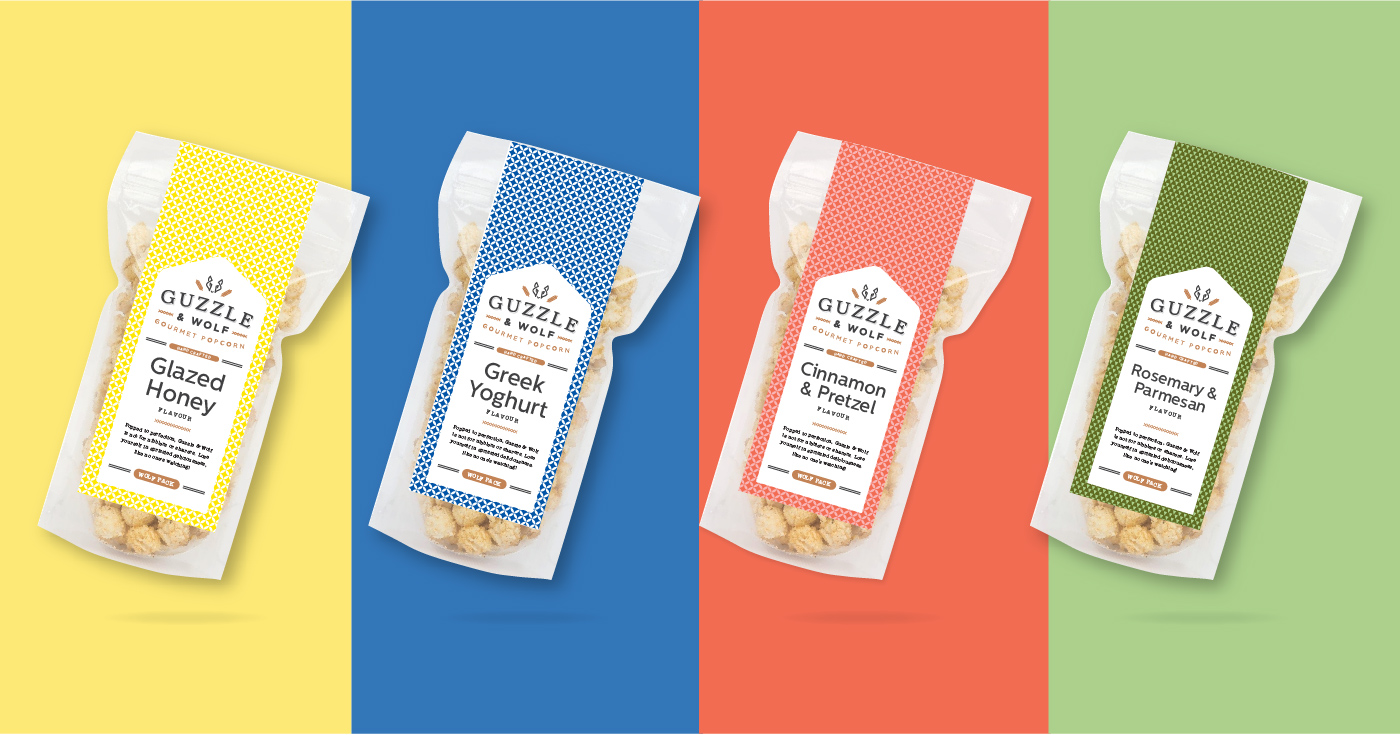 We’ve come up with some impressive brand names over the years. Right up there with the best of them must be Guzzle and Wolf, an exciting new gourmet popcorn brand that is attracting much attention.

Well, if you really enjoy popcorn, do you eat it!? No, you guzzle it! You wolf it down!!

Have a look at the flavours and you tell me whether you would eat Guzzle and Wolf politely.

If I could pick ONE favourite, it would probably be … Salted Caramel … Olive & Herb … Coconut & Chia … Greek Yoghurt …

Anyway, the website was purposefully minimalistic. Just a taste. And we rounded off with a super Facebook campaign ‘live like nobody is watching’, which invited people to ‘like’ the Facebook campaign if they had somebody in their lives who they could just be themselves with.

Sherpa CEO Gary Hendrickse says: “It was a great project which the team had fun with. The popcorn was guzzled with great enthusiasm too. But for me, the highlight was the name. It describes an emotion and an action. Intangible. Tangible. In branding terms, it came pretty close to perfection.”